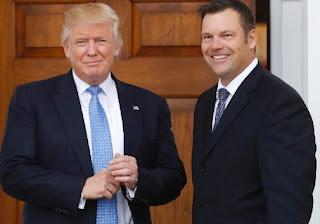 There is of course a huge difference in the public discussion of illegal and legal immigration and the impact of both on our nation, but the public debate confuses the two and confuses what should be the logical objectives of policy dealing with both.
The point gets lost in the woods. Why do nations have policies dealing with immigration at all? When we step back to answer the question the objective is obvious: Like any other policy our leadership would seek to pursue whether on defense, economics, highway infrastructure, etc., the target should be the benefit of our nation and the people living in it.
The fact that America is a great opportunity for immigrants is secondary, and should be.
In that vein, it’s clear that the Reforming American Immigration for a Strong Economy (RAISE) Act now beginning a path through Congress is such a common-sense piece of legislation that it will have absolutely no chance of becoming law whatsoever.
It is however being embraced by clear thinkers because it attempts to craft the nation’s legal immigration policy into something that’s actually good for our economy, instead of a feel-good, glowing chorus of Kumbaya that makes us all warm and fuzzy about how tolerant, diverse and inclusive we are.
Kris Kobach, Republican candidate for Kansas governor who conferred with the Trump Administration and with Congress on the legislation, sees the value in prefacing our policy on points that admit (italic) better (end italic) immigrants who can make our country (italic) better (end italic). That’s a feather both in Kobach’s cap and that of Trump and his legislative supporters. RAISE awards preference points for prospective immigrants based on their level of education and technical skills, earning ability, their youth and their accomplishment as English speakers, among other factors.
The idea is that we want to be more exclusive in who we allow into the country – we want people who will succeed here and help make our nation successful and be beneficial to our economy. That’s important, because 51 percent of all present immigrant households (either legal or illegal) are beneficiaries of at least one federal government welfare program – compared to 30 percent of native born households – and that doesn’t include state assistance programs.
The RAISE Act would also reduce the number of legal work visas or “green cards” issued  per year from a million to an estimated 500,000. It would eliminate “Diversity Lottery Visas,” a program that grants 50,000 visas per year for the purpose of “diversity” to countries that generally send few immigrants here. It would eliminate the ability for immigrants to sponsor visas for extended family members and adult children. It would also adapt a work visa system to one similar to those in Australia and Canada that establish a point system to give priority to younger applicants with established English skills, high-paying job offers and other high levels of achievement that can benefit our nation.
The Act will of course be opposed by Democrats and by the mainstream media with charges of classism and elitism, first of all since it is offered by Republicans and supported by Trump, and second because Kobach contributed to it. Big Government-types need those poor immigrants, just like they need the remainder of poor and dispossessed America, to carry the banner for the Welfare State and to vote to maintain it.
For Kobach, RAISE illustrates a clear philosophy that government should steer a path toward practicality, accomplishment and achievement that benefits the American people first and foremost. It’s an objective that many other nations already pursue, and it’s a laudable point in Kobach’s favor as he seeks the Kansas governorship.
Posted by The Anderson County Review at 8:43 AM No comments: