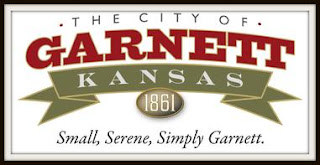 Garnett City Commissioners should approach the recent voter-advised initiative of adding two new members to the governing body with a single litmus test – how does it help expand the city’s property tax base?
The present three members of the commission should feel under no rush to make any decision on the 537-483 advisory vote outcome until they’ve carefully weighed its pros and cons – and there are few pros and many cons.
If adding two commission seats doesn’t approach what  should be the city’s primary goal – expanding the city tax base by recruiting companies, adding jobs, developing housing and other assets to the local economy and lowering the property tax burden for all of us – then the obvious question is ‘why do it at all?’
As commissioners discussed at their Nov. 13 meeting, this is not a decision nor an action which should be entered into lightly, because it could very well radically affect the direction and the pace of city business from here on out. It’s worth adding that once you add two commissioners there’s no going back – no expansion of government ever decides later to trim its own size.
The added cost to pay two more commissioners – estimated at some $10,000 annually – is no small measure. The city presently sits in a position where it’s been cannibalizing its surplus utility funds for years in order to minimize increases in city property taxes. Ten thousand dollars, in city budget terms, is not a large sum – but it is still $100,000 in a decade. After listening to the recent budget hearings and to city manager Chris Weiner’s ideas for stabilizing city utility revenues, it’s clear cost increases matter and the running challenge of increasing the city’s tax base is paramount.
Another point worth considering: Where’s the beef?
What issue has left vast segments of the citizenry unfairly unrepresented? What simmering controversy leaves city residents yearning for more and better airing of their views? The city’s police force isn’t running amok; there’s no rank and inappropriate nepotism; no sweetheart contracts awarded nefariously. City meetings aren’t filled with hoards of folks joined in some major controversy. Nothing seems to be on the public radar that hints at unfair conduct on the part of commissioners – nothing that two more paid office holders might solve. So the question begs an answer: What is to be gained?
Meanwhile the possible negatives are a worry. More voices on the commission might provide more representation and more ideas; they might also provide a soapbox for those with limited agendas and for “bomb throwers” anxious only to disrupt and foster animosity. Others might simply be of no real value to city business, lending neither education nor expertise nor other talents, simply sitting in a chair at meetings and drawing a paycheck.
The final analysis is that lacking some shining and defined benefit, city voters made a poor decision in voting for this change. If not in pursuit of the Holy Grail of development and tax base expansion, there’s simply no good reason to undertake it.
City commissioners should take no action on this change for now, and instead conduct a series of public meetings with a single agenda item: to allow city residents who favor the change to explain why they feel it’s a good idea.
Otherwise a 54 margin vote – a little more than half the state fire marshal’s defined occupancy of The Trade Winds restaurant in Garnett – is no reason to make such a pitfall-ridden change.

Posted by The Anderson County Review at 9:16 AM No comments: