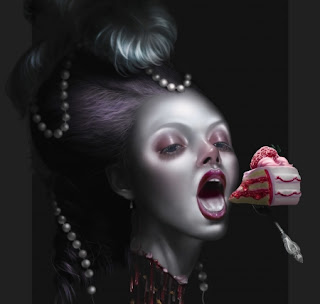 While the now rusted and stagnant Kansas economy teetered on the brink of collapse last week and while small business people and members of the public took to the streets of Topeka to beg Kelly to reopen the state and let them get back to making a living, the governor’s chief business guru was touting the wonders of – wait for it – windmills.

It’s reminiscent of the line attributed to France’s Marie Antoinette when she was told the peasants had no bread: ‘Let them eat cake.’

The subsequent revelation is frightening: Kansas’ top business leaders don’t have a plan for defibrillating the state’s government-torpedoed economy to bring it back to life, other than wishing on the rural cancer of wind farms? Maybe Kelly and Toland could help out by sending us a plague of grasshoppers while they’re at it?

No one has yet made a good estimate of the damage in real dollars done to Kansas in the five weeks or so since Kelly ordered us to stay home, forbade gatherings of 10 or more people and stressed that we stay six feet apart from each other. Her order amounted to a Buck Rogers-esque freeze ray for Kansas’ small business operations and revenues. The week of March 21 saw more than 23,000 first-time filings for unemployment benefits in Kansas according to the U.S. Department of Labor – ten times the weekly average over the previous 10 weeks. Claims doubled again the following week to more than 54,000.

That means the difference between the dollars those workers previously earned and their unemployment checks suddenly was no longer circulating in the economy paying rent, mortgage payments, buying furniture, etc., and those now drawing unemployment are likely nervous to spend what little they now have.  Sales taxes from those foregone purchases won’t be collected by the state and redistributed to your city and county. Transient guest taxes paid by travelers at the state’s hotels and other lodgings are mostly gone because travel is curtailed. The economic effects have been seismic. Businesses whose revenues have stopped can’t pay their bills or their employees. They don’t advertise either – many of your favorite radio show disc jockeys have been furloughed, and The Kansas City Star ran an article on Sunday literally asking for public donations.

Perhaps worst hit have been the very hospitals that the jack-booted order sought to protect. Hospitals went to battle stations and girded their loins for an onslaught of Covid-19 patients that never came. They spent extra dollars on Covid supplies while at the time shutting down revenue-generating elective procedures like mammograms, colonoscopies and elective surgeries. Those losses are now catastrophic and have resulted in an entirely new medical crisis in the U.S.- hospitals that are broke.
This debacle and concerns over lost civil rights as a result of Kelly’s order were the issues to which members of the Open Up Kansas movement attempted to call attention on Thursday in Topeka. But neither Kelly nor Toland saw fit to address the group to listen to their concerns.

Instead Toland, who last year heralded his own “Listening Tour” of rural Kansas, on Thursday issued to state media a press release extolling the virtues of wind farms to the state. While nearly all facets of the Kansas economy plummeted, Toland touted the subsidy dependent, corporate tax credit-fueled disasters which have ravaged rural home values, threatened the health of residents, jacked up electric rates and pitted neighbor against neighbor throughout the state’s impoverished rural areas all to produce the most expensive electricity every conjured – but only when the wind blows.

Of course Toland’s wind energy fetish is reserved specifically for those of us in rural areas. After all, for some reason you don’t find wind farms in Johnson County.

But Toland’s derelict approach to the state’s economy is a secondary concern right now. It is Kelly’s choking stay at home order which should be lifted immediately to let Kansas’ businesses and healthcare institutions start trying to heal themselves.