Cancel the cancellations – bring back our fall festivals 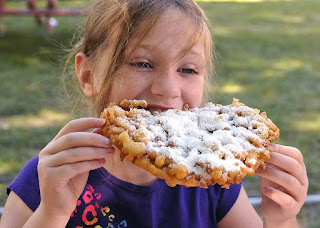 The evidence is becoming more and more clear all the time. Covid-19 is not the boogeyman for rural states like Kansas that we have been sold these last months.

It's time to recognize it for what it is according to legitimate data and get back to living, and the best place to start is to defibrillate all the heretofore canceled fall festivals and events whose red lined "save the date"corpses now litter the community calendars of Kansas towns and counties.

Event organizers need to rally ASAP and get those gatherings back on the schedule in their craft booth, BBQ sauce, car show, funnel cake and fiddle-pickin' glory, and help put our state back on its feet this fall.

Just as clear as the lack of rural Covid threat is the fact that government is not going to be able to fix the immeasurable economic and social damage its over-reactionary polices have wrought on Kansas. A solution is not coming from President Donald Trump or Governor Laura Kelly – government has finally done more financial damage than it can afford to fix. In slamming on the brakes on our schools, our businesses, our gatherings and our community economies without regard to virus dynamics and their relation to population density, government has created a financial maelstrom that it cannot manage nor rectify.

Particularly in Kansas, Governor Kelly's one-size-fits-all approach has been particularly damaging to rural communities. It's time for the regulators and bureaucrats to get out of our way and let us fix this problem.

Ignorance and half-truth are the handmaidens to irrational fear, even without plausible and suspected political motivations circling the drain toward the November 3 elections. Data finally released by the Centers for Disease Control last week noted that 94 percent of Covid-19 deaths in the U.S. were people with underlying medical conditions. In raw numbers, that means 180,000 deaths were quickly reduced to less than 11,000 nationwide, or about a third of influenza deaths the year before, when nothing was shut down or canceled. As it always is, this data reinforces that it s incumbent on people who know they're more susceptible to health threats to personally insure against them. The rest of us? Not so much.

Also at issue is reporting of Covid testing results. Kansas is the second lowest in the nation in Covid testing rates per population, reserving tests primarily for those who believe they've been in contact with someone who has the virus or those presenting symptoms of some kind. That's not a random sample – it's skewed toward those with a higher probability of infection. Even so, the state's 45,000 cases of Covid so far represent 1.5 percent of the state's 2.9 million residents. The 481 fatalities reflect mortality of .0001.

Figures like that back up the anecdotal evidence that keeps popping up in relatively sparsely populated areas. A Memorial Day gathering at Lake of the Ozarks in violation of state shutdown orders resulted in two cases out of untold hundreds of partiers – so few the Missouri media hasn't even bothered to report the aftermath. The annual motorcycle event in Sturgis, SD., yielded 260 cases out of some 500,000 attendees – about .052 percent.

The numbers alone are enough to support a move back toward open outdoors public events, but there's a more human element at play as well.

As Marxist scumbags riot, murder and wreak carnage in America's cities, it's more important than ever for rural residents to be reminded that we are communities of character, and that our way of life extolls in sharp contrast to the rot being foisted on our urban cousins.

So let's break out the barbeque napkins and get back at it.

Posted by The Anderson County Review at 10:41 AM 1 comment: