When leaders are cowards, citizens must defend themselves 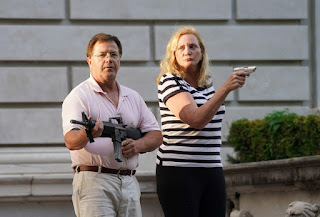 The St. Louis police who confiscated Patricia McCloskey’s inoperable handgun last week proved that when she stood by her husband’s side June 28 to defend their lives and property against a violent Black Lives Matter mob in their St. Louis suburb, she might as well have been pointing a summer sausage.

If something isn’t done to abet the rampant victimization and murder of our citizens underway by the Marxist Black Lives Matter organization, future responses by gun owning Americans will not be so inert.

St. Louis prosecutors were kind enough to have McCloskey’s handgun taken apart and reassembled to make it lethal prior to the pur­suit of the circuit prosecutor’s charges against the couple. While it still amounts to evidence tampering, their assistance provided the McCloskeys with a valuable service for which they would otherwise have most likely paid a full hour’s bench time at any local gun shop.

But the criminal case against the McCloskeys is compromised. At least for now but depend­ing on the continued coddling of violent mobs associated with the Marxist Black Lives Matter organization, brandishing a sausage is still not a crime in Missouri.

It’ll be interesting to see how that fact plays into the criminal charges against the McCloskeys, who have been rushed to the status of folk heroes among right-thinking Americans who are justifiably horrified at the destruction and murder wrought by BLM virtually unfet­tered by leadership in the nation’s urban areas.

What will not be resolved by the now compro­mised criminal case against the McCloskeys is the maturing mood among most of America that it is only those who follow the rules – not those who break them – that are subject to the conse­quence of law. The belief is justified, growing and dangerous.

The point has no more perfect illustration than the incident with the McCloskeys, who because of a lack of police protection took the last resort available to them to protect their lives and their property by arming themselves, standing their ground and confronting a defin­able threat. When the government fails or abdi­cates its responsibility to protect American families, what else can they do?

While the McCloskeys are quite accessible to the long arm of the law in their alleged fire­arm handling violations, accountability has been only sparingly asserted against the mob of thugs who tore down a security gate marked “no trespassing” to gain access to the McCloskeys’ private neighborhood. That’s typical for what has become the wanton violence and destruc­tion pursued by BLM against individuals and property owners of all races and tax brackets. Led by its avowed Marxist founders Alicia Garza, Patrisse Cullors and Opal Tometi, BLM saw a perfect smokescreen for its attack against America in the murder of George Floyd. Mainstream media has ignored the organiza­tion’s Marxist roots, and generally failed to condemn its attack on the country.

In city after city, American property owners have been victimized to the tune of billions and numerous citizens murdered, yet leadership in these cities still refuses to treat BLM as the enemy it is. The ludicrous rebukes by mayors of these urban muck pits to President Trump’s assignment of federal protection there speaks volumes as to whose side they’re really on. They lack the courage and the will to protect their citizenry, then they castigate the federals who try to cover for their neglect and cowardice. The immediate demands of citizens’ safety justify seizing to their own means of protection as they await an election to throw these left-leaning incompetents from office.

If leadership won’t act, the citizenry has no other choice but defend itself. And they won’t be pointing sausages. ###

The cartoon, Kelly's over reach, the Holocaust and fact-checking the NYT 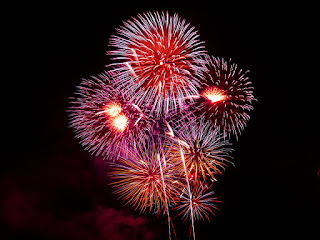 Happy Independence Day everyone! Following is the response I sent the Associated Press and to the New York Times about the cartoon. I wanted to be sure the UNCUT version was out there after they edit me... let's see how right they get it!

John- I am the owner of the Review, we are an independent weekly.
1) I am a member and former president of various civic organizations
locally, none of which influence the newspaper or vice-versa. I am and have
been chairman of the county Republican party for a number of terms (I can't
remember how long off hand).
2) I photoshopped the cartoon. I'm no artist.
3) Political editorial cartoons are gross over-caricatures designed to
provoke debate and response- that's why newspapers publish them – fodder
for the marketplace of ideas. The topic here is the governmental overreach
which has been the hallmark of Governor Kelly's administration: absconding
with Kansans' additional federal tax refunds after Trump's change to the
tax law; a disastrous statewide shutdown that torpedoed businesses and
schools in scores of counties in Kansas that had no Covid-19 cases-
treating them just like virus hot spots in Johnson & Wyandotte counties; a
second blanket dictum that every Kansan would have to wear a mask in public
places, which would have certainly led to a resurgence in the "freak out
factor" with Kansans being reminded of the virus everywhere they turned,
resulting in a new wave of economic malaise. The most telling example of
authoritarian government I can think of is Nazi Germany – you'll recall
various media personalities and Trump Haters constantly making the analogy
between the president and Adolf Hitler – I certainly have more evidence of
that kind of totalitarianism in Kelly's actions, in an editorial cartoon
sort of way, than Trump's critics do, yet they persist in it daily.
Other Republicans? I have no idea- you would have to ask them.
4) Criticism and troll attacks: I've been in this business 35 years come
this December. Churchill said of criticism: “You have enemies? Good. That
means you've stood up for something, sometime in your life.” I've found
that a poignant mantra in this business.
5) Apologies: To whom exactly? The critics on the Facebook page? Facebook
is a cesspool and I only participate to develop readership. I post much of
my writing there and my trolls are like family. I like to refer to them as
my narcissistic flea circus - I make them jump and I give them free rein
to attack me for my views and only rebuke them for vulgar language. I would
never apologize to them. They're liberal Marxist parasites who are
literally applauding and in some cases taking part in the burning and
commandeering of both public and private property in our country. As a
traditional American, they are my enemy.
If there are holocaust survivors or their relatives or Jews who take
offense to the image, I would certainly apologize and I intended no slight
to them. But then again they better than anyone should appreciate the
harbingers of governmental overreach and the present but tender seedlings
of tyranny.
6) Publication: I got the idea for the cartoon after last week's paper came
out so I put it on Facebook. It will run in the July 7 edition.
Sorry this took so long- if you have other questions reply and cc both this
address and
On Sat, Jul 4, 2020 at 12:37 PM Hanna, John D.  wrote:

Mr. Hicks,
I am a reporter for The Associated Press, and I would like to talk to you about a cartoon posted on the Anderson County Review’s Facebook page that is getting some notice. It’s the one about Gov. Kelly’s mask order with the caption that ends, “and step onto the cattle car.”
My questions, to start: