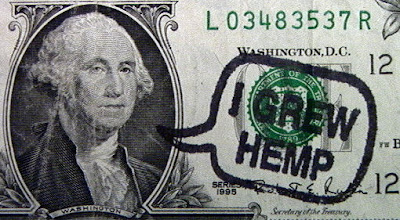 So far, Republicans who run the Kansas Senate haven’t come up with a good explanation as to why they want to keep Kansas farmers from making money with a state industrial hemp crop.
This legislative session, it’s time to stop dilly-dallying and pass a bill to legally grow and process industrial hemp in Kansas.
House Bill 2182, from 38th Dist. Rep. Willie Dove of  Bonner Springs, would have opened up the industry for Kansas farmers last session. It would have opened an industry already embraced by 34 other states whose farmers and small business people are already making money off the crop, plugging those funds back into their economies and creating jobs. The Kansas House passed the bill, but it languished in the Senate Natural Resources committee, where chairman Dan Kerschen, a Republican from Garden Plain, wouldn’t even give it a hearing.
Now, Kerschen has forwarded his own bill, SB 263, which would ship the potential for hemp off to K-State for “research” before any steps are taken to legalize it – another way to effectively kill the crop for years or maybe decades and keep it from benefiting the state’s farmers now, when they really need it.
The opposition has been obscure. Industrial hemp isn’t pot – you can smoke a whole bale of it and never get high. It’s a different genetic animal than marijuana, as 34 states have already realized to their own profit. But lobbyists for Kansas law enforcement believe they’ll have too much trouble distinguishing industrial hemp plants from marijuana – even though law officers in 34 other states seem to have no trouble with that.
What industrial hemp does do is serve a burgeoning market in the U.S. and abroad. Health foods, organic body care, clothing, construction materials, biofuels, plastic composites – the list goes on. Hemp products pulled down a cool $688 million in sales in 2016 – all of which went to producers and processors in places other than Kansas. True – you can buy hemp products in Kansas – and send your dollars out of state – you just can’t grow it here.
And there’s rarely been a time other than now when Kansas farmers needed more options for another cash crop. Prices for corn, wheat and soybeans lag in a nationwide glut of commodities, with farmers forced to acquire more land and more costs to plant, or pray for better weather to increase yields. There’s no doubt Kansas Farmers need the hemp option.
And Republicans in the Kansas Legislature need it too. They’re already carrying a damaged brand into the 2018 elections due to school funding mandates from the state supreme court and lagging tax revenues from a Brownback economic plan that went bust. Republicans desperately need an economic win, and legalizing industrial hemp with its immediate economic impact would illustrate that the party is still in touch with its pro-business platform.
With an improving national economy and the new 2018 federal tax package, investors will be itching to put their money to use in businesses that offer solid returns. Passage of industrial hemp would clear the way for those investors to put their money to work in Kansas-based processing operations as well as family farms. It is an economic wave Kansans, particularly Republican leadership, can’t pass up.
Get out of the way, Kansas GOP, and let our farmers and businesses make money on industrial hemp.

Posted by The Anderson County Review at 12:24 PM No comments: