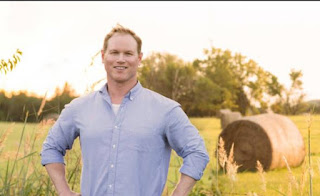 by Dane Hicks -
There’s just too much crazy in the Democrat Party right now to consider anything but a Republican in the race for Kansas’ 2nd Congressional District.
That might sound like a less-than-wholehearted endorsement of Steve Watkins, but Watkins’ strength as a candidate is a complete and separate issue to the sheer chaos we see being indulged and advocated on the part of Democrats who’ve allowed the radical left to take over their party.
As a result, Democrats from 10 years ago don’t recognize the party as it's being led today, both in Kansas and nationally, and for good reason. Indeed, until some calm is re-established in the party’s leadership by those who either have clout or the ability to unseat its lunatic leadership, Democrat party members can’t be seriously considered for election – unless you’re a socialist.
For starters, Democrats nationwide and in Kansas have to decide if their party intends to fully and uniformly embrace and pursue socialism as a central plank in their party’s platform. Not only did a significant percentage of Democrat Party members nationwide choose the avowed socialist Senator Bernie Sanders to lead them in the presidential primary of 2016, but Kansas Democrats themselves picked Sanders in the March 2016 caucus with nearly 68 percent of their ballots.
The idea that Sanders, the “free stuff” candidate bent on a “free” college tuition plan along with “free” health care and “free” housing, etc., could command the majority of Kansas Democrat votes in a presidential caucus, is astounding. If Kansas Democrats would elect a political extremist as president, that alone signals Republicans, Libertarians and Independents in the state that the competence of the Democrat Party, as it now stands, is compromised.
It’s a legitimate  worry – that a Democrat holding this congressional seat would behave in tandem with Maxine Waters’ and her calls for public harassment of Republicans; with Diane Feinstein and her shady withholding of testimony in the Kavanaugh hearing; with hysterical protestors clawing at the doors of the U.S. Supreme Court; with Portland, Ore., Mayor Ted Wheeler, who lets Antifa thugs run roughshod over the residents of his own city. The Kansas Second District deserves a congressman more fitted to our Kansas sensibilities.
Watkins isn’t a lawyer or an experienced politician – he’s a legitimate political newcomer who’s stood up to the scrutiny of his own party and been embraced by its members who stand steadfastly against the creeping plague of socialism. He’s a soldier – a West Point graduate who’s been shot at for his country in the deserts of Afghanistan. His background in private business led to his understanding of the choking nature of needless federal regulation and its effect on jobs and the economy. Watkins will be a congressional vote to keep America on the right track.
One of Watkins’ most admirable marks is that he has all the right enemies – liberals previously masquerading as Republicans and years ago exiled from party ranks, like John Vratil of Leawood, Wint Winter of Lawrence, Sandy Praeger of Topeka and others who’ve come out to join Kansas Democrats embracing socialism. When spend-a-holic “moderates” or liberals of any suit line up against a Kansas Republican, that’s a convincing enough endorsement.
Steve Watkins will help hold crazy at bay until level-headed Democrats take their party back and offer the 2nd District a sane debate on issues.
– Dane Hicks is publisher of The Anderson County Review in Garnett, Kan.
Posted by The Anderson County Review at 4:09 PM