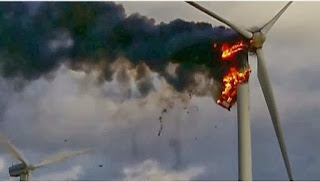 ERIE, Kan. – Neosho County residents are finding out the hard way that having county zoning laws, even as encumbering as some people think they are, is the best way to save property values from the onslaught of federally-subsidized wind farms in many of Kansas’ rural areas.

It’s a sobering thought, and one that should make every rural land owner in Kansas run – not walk – to their county courthouse and ask for a copy of their local zoning regulations.

It’s that complete lack of local regulatory authority that no doubt made Neosho a prime target for Apex Clean Energy and its wind farm project. It’s a decision made years ago by county commissioners there and by residents in the county of 16,000 souls that lays neighbors wide open for whatever property disaster someone with money might want to foist upon them – from confined hog facilities to feed lots to chicken plants – you name it.

Those smaller threats that affect a limited number of adjacent landowners, some people may argue, are worth the risk of avoiding the rest of the restrictions of a county zoning plan. But a wind farm and its impact on broad stretches of acreage for miles and miles provides a Godzilla Moment for those who think local zoning is more trouble than it’s worth.

Even for counties that have local zoning, wind farm companies have become adept at weaving their way through those written rules to entrench themselves into countrysides where landowners either aren’t educated enough or are too apathetic or too hoodwinked by slick leasing agents to protect themselves. But a written framework of regulations is at least a point to build on – otherwise it’s like swimming in a lake and trying to get in a ski boat with no ladder.

A Neosho County landowner, semi-retired and in his 70s, recently told me he’d committed a fair portion of his assets to build his dream home a few years back in one of the county’s rural areas – a $500,000 investment – prior to Apex’s interest in building its wind farm there. His son spent a little more than $300,000 on his residence a mile or so away. Some nights they lose sleep over what happens if the wind farm is built, and offers bring only half of what they have put down on those homes someday when they’re ready to sell.

And all to encourage an industry renown for its inability to stand on its own two financial feet; one which relies completely on jury-rigged state and federal legislation; on power companies with a pistol put to their heads forced to purchase wind energy in order to support the industry’s builders – and all for electricity that can’t be adequately stored, that still has to be backed up by coal or nuclear-fired generation for times when the wind doesn’t blow, and whose turbines can’t even operate unless they’re connected to regular, non-wind grid power anyway.

But the illogic of wind power won’t stop those profiting from it’s subsidy-driven shell game from descending on places where the wind blows and promising the earth, wind and stars to property owners anxious to make money leasing their ground for those gigantic turbine sites. In Anderson County, where homeowners repelled a wind farm assault a few years ago, an uncanny number of lessors never even read the lease. If they had, they’d have run like a scalded cat.

In the absence of rural zoning, the only law that applies to lease signors in wind farm projects is the language of the lease designed for the profit of the company. When dissected line by line with the legal eye of a contract attorney, the one-sided nature of those leases becomes staggeringly apparent.
What an unconscionable position for past decades of county leaders to have left their rural residents.